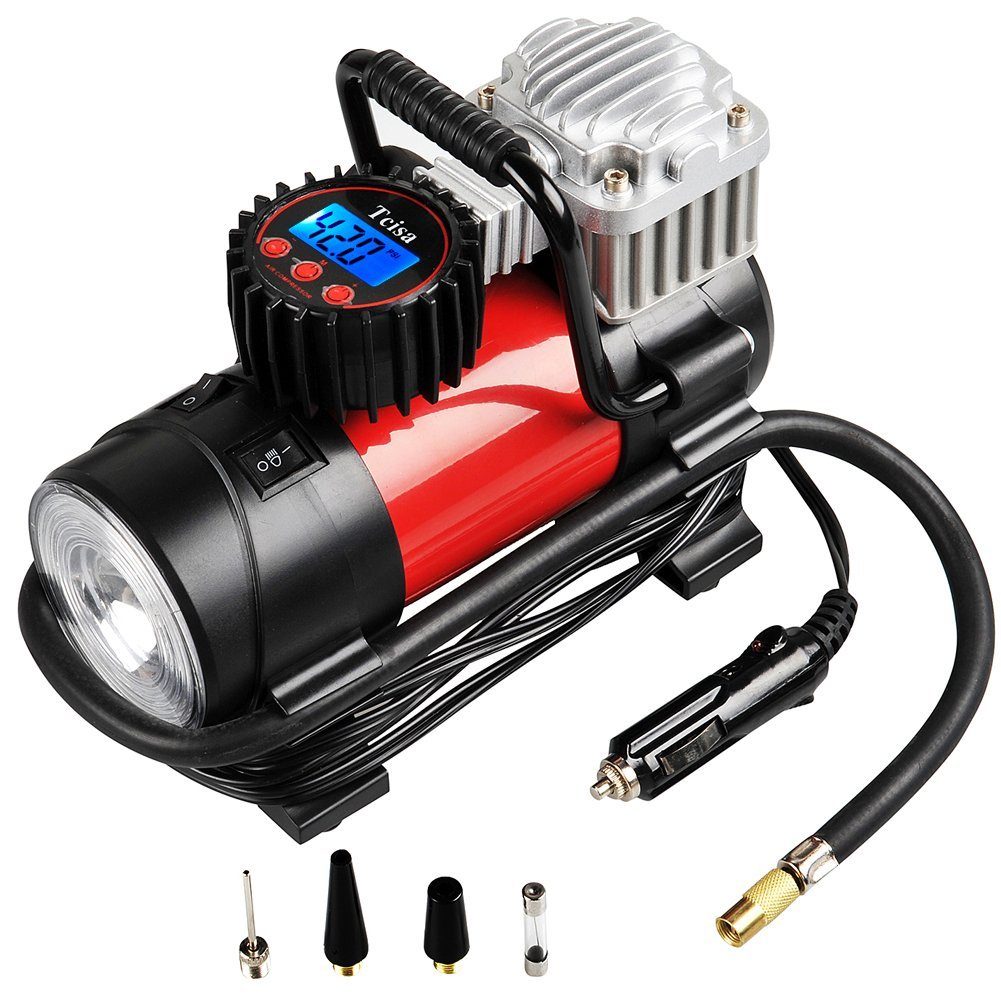 Owning almost any vehicle comes with its benefits and struggles. Depending on the quality and reliability of the vehicle, sometimes we find ourselves in situations outside of our control. 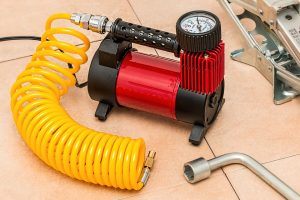 If it’s something serious like a mechanical issue inside the vehicle towing is most likely involved, but if it can be fixed on the side of the road like a flat tire, then an air pump is more than handy—especially when you are in the middle of nowhere.

Getting the vehicle to a gas station can be a task, especially if the tire is not full (running the risk of ruining the rim) and there isn’t always a gas station nearby. In order to avoid having to deal with either of these issues, there are many different roadside tools that can help to fix the problem right there on the spot.Most portable air compressors or air pumps come with a cord that easily plugs into the vehicle’s cigarette lighter.

The Air Hawk is, however, a new tool that does not require any external power. The Air Hawk almost looks like a mini impact drill but rather than drilling it acts like a mini portable air compressor. This tool pulls in the outside air then compresses it into the tire to the desired Psi.

The website quotes it as “fast, easy to use, and convenient”. Another inconvenience it gets rid of is the fact that this tire inflator eliminates the need to drag heavy air compressor tire inflators with long cords that are not only a pain to move and manoeuvre around with but are also a pain to put away. 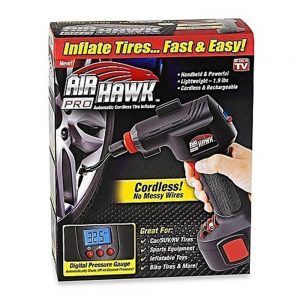 In addition to the convenience of this product, the Air Hawk also has a digital reader that reads the pressure in the tire and can be set to stop at the desired or required pressure level so there’s no chance of overfilling.

The overfilling tires can throw off a vehicles wheel balance and thus cause feathering on the tires (wearing on one side rather than evenly, causing far more wear on one side thus rapidly decreasing the life of the tires).

The Air Hawk also comes with a variety of nozzles for different uses so you are not just limited to just tires.It can also fill up items like basketballs, dinghies, pool toys, and camping air mattresses. The Air Hawk is also durable, making it resistant to drops and poor weather conditions (handy for when a tire goes flat in the winter).

Here Is A More Compressed List Of Its Features And Benefits:

This Product Has An Average Rating Of 3/5 Stars On Amazon. Here Is A Breakdown Of User’s Likes And Dislikes Of The Product: 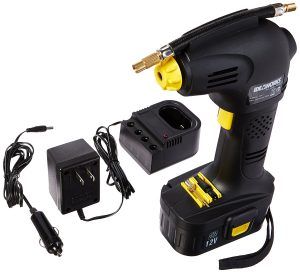 Starting with the positive reviews, most individuals who purchased the Air Hawk and liked it said that it was easy to use, they considered it a time saver, and users liked that it came with different attachments as they found it made the product more convenient.

They also found that the customer service of the company selling the Air Hawk was attentive and responded quickly to concerns. Most people with positive reviews about the product said that it did what it promised which made the experience a positive one. It was very common for this item to be given as a gift for husbands and sons/grandsons with bikes.

Because the product is cord free it makes it safer for younger users to use. For those who had negative or neutral comments about this product, most said that they found that the pressure was not as advertised and that it did not seem like an air compressor. These users did say, however, that it worked OK when used on low-pressure mode. Others said that using it on a car tire did not work as advertised but that it worked fine on their bicycles tires. 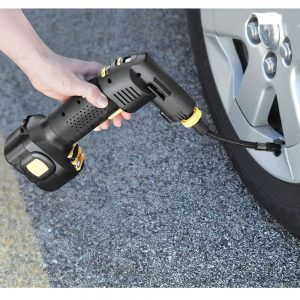 This product can be returned via USPS. To send the products back the consumer would just need to call their customer service line. It is unclear whether the reviewers who were unable to return their products were within the 60-day period or if they called the company’s customer service department directly.

The company also offers a payment plan via their website for a ‘2 easy-payments’. Additionally, if ordered via their website the AirHawk will also come with a free deluxe upgrade which is a carrying case, car charger, and built-in LED flash light. Overall, this product does have mixed reviews; however, the reviews tend to be more heavily on the positive side stating the product does as it promises and with a 60-day guarantee it’s worth giving it a try.